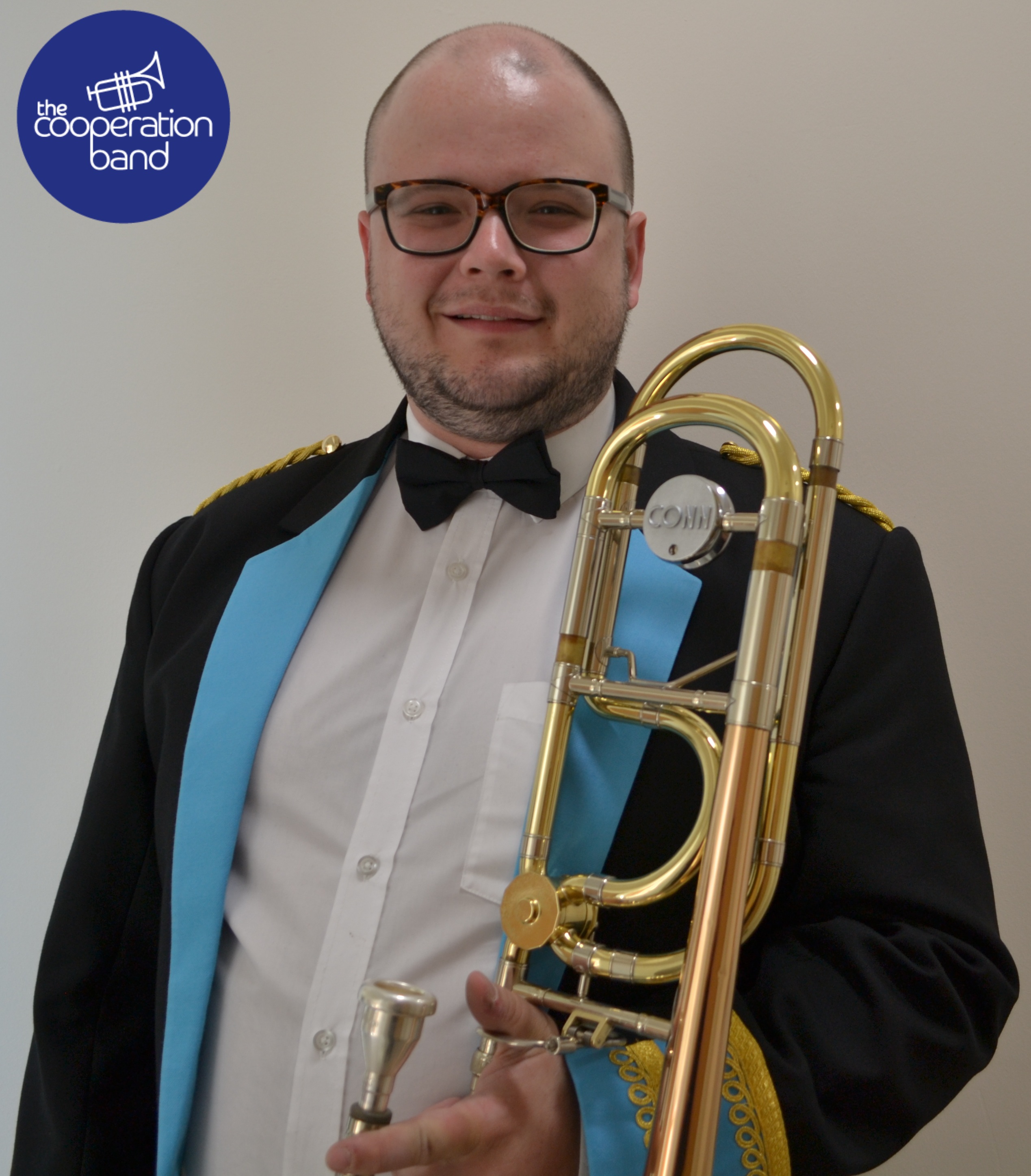 Gerard is originally from Port Glasgow, Inverclyde where his musical life started with lessons from the local authority music service. Under the guidance of David Hutcheson and Charles Keenan, Gerard played in various authority groups and went on to perform in the West of Scotland Schools Symphony Orchestra. In 2012, he gained entry to the Royal Conservatoire of Scotland, studying trombone under Lance Green (RSNO) and Simon Johnson (BBCSSO). Throughout this time, Gerard played in pit bands for musicals across the West of Scotland. Graduating in 2016 with a Bachelor of Education in Music (Hons), he is now a classroom music teacher working in Glasgow. Gerard’s brass band life started with Brass Sounds Inverclyde for whom he played solo trombone; a position he also held with the Coalburn Silver Band. In 2015, he signed as second trombone for the Whitburn Band enjoying much contest success before joining the Cooperation band as second trombone in November 2018. Outwith banding, Gerard is a freelance organist and avid hillwalker. He very much looks forward to continued success with the band.